3. OLED technology screen in the middle of two tempered glass

4. Can be with various system like USB update, Android with software or Windows

The OLED digital signage stand is designed for both sides displaying, no difference between front side and back side, light in weight, so two people can take it quite easily everywhere.

Also we have ceiling-mount series on option, which is widely used in retail shops, shop windows, supermarket, outlets etc.

Also it can be used together with remote control CMS software, we have it on sale, it support local area network or Cloud server, also end user can use their own software, thousands screens' advertising picture/phto or video can be updated within some seconds.

For sure it support USB update, which means put advertising documents into USB and plug it in the screen, it will copy and the loop displaying, support 7*24*365day working. 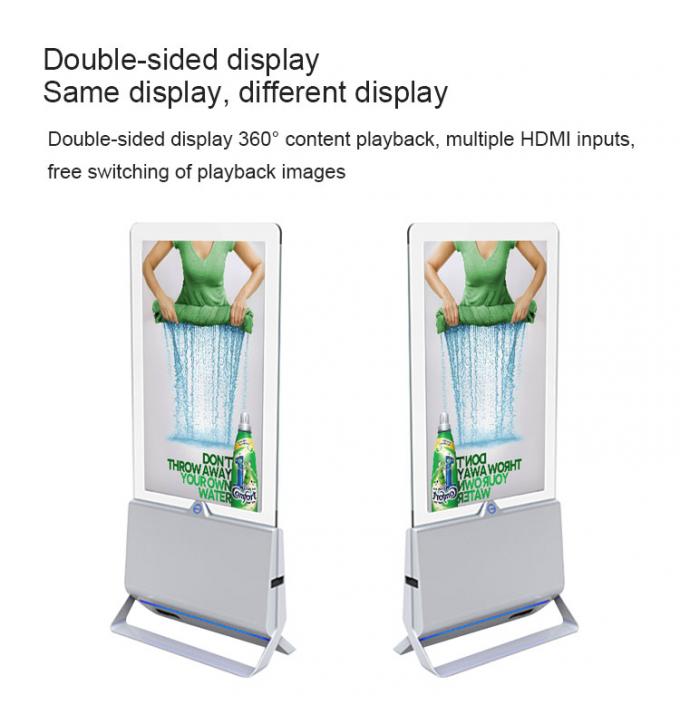 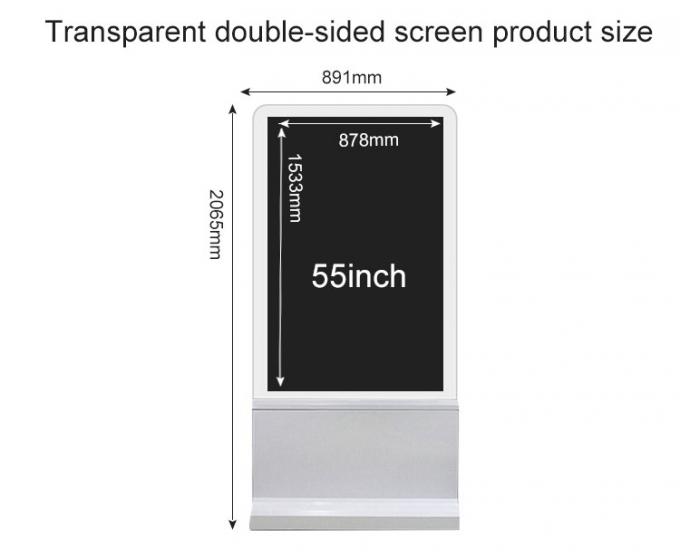 Touch Screen: No, but optional