Except 21.5inch LCD touch screen podium with thermal printer model, we're now developed this new model 15.6inch Android PC all in one with both receipt printer and QR code scanner inbuilt in the floor stand. Screen can not be too large or spare parts openning can not be seen when people standing in front of this self service touch screen station.

System can be Linux, Windows, Android as per request, as a factory for touch screen kiosk products for 18 year, we focus on hardware development, and prefer buyer has their own interactive touch screen software.

This smart queuning up touch screen kiosk can be used in the bank, kindergarten, also the printer inbuilt LCD touch screen station can be put in government office, hospital and school. 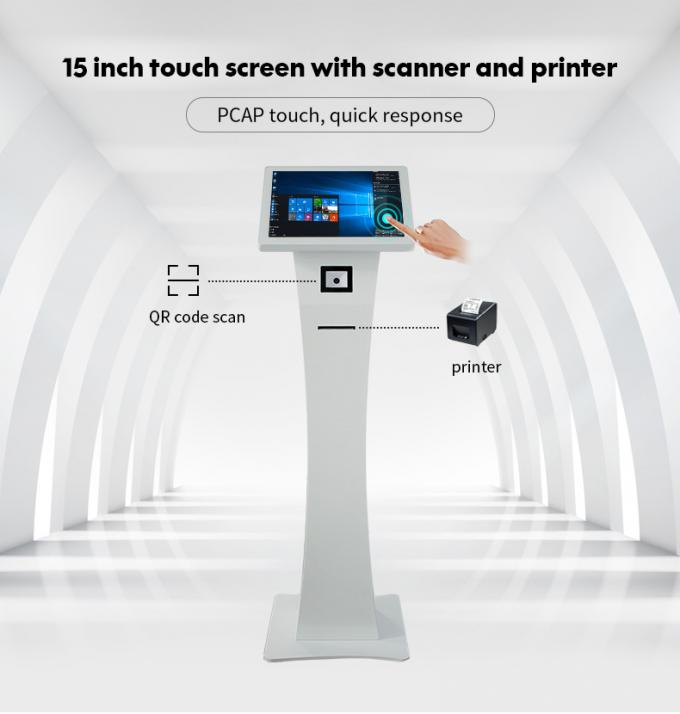 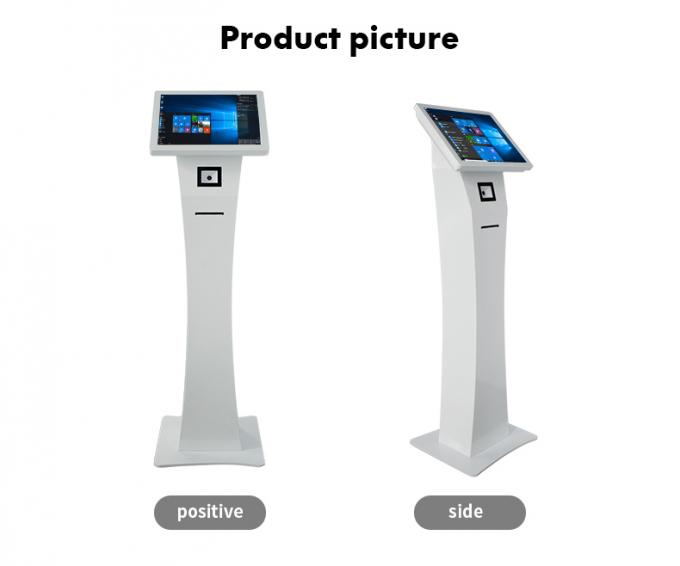 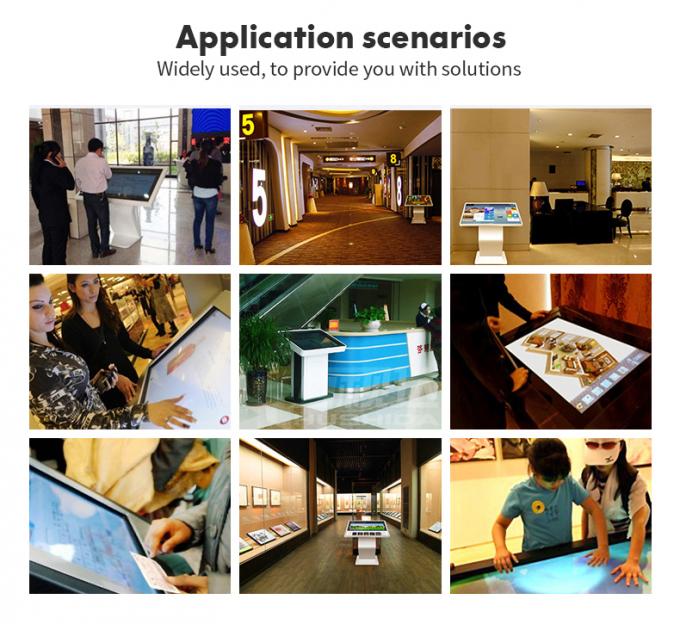 32 65in All In One IR Interactive Touch Screen Kiosk